Modern Law spoke to Maxine Park, DictateNow to see how it supports senior women in a rapidly evolving legal sector by offering dynamic, relevant solutions that allowing them to focus, delegate and work more flexibly.

According to the latest reported statistics, women account for 48% of solicitors, showing near equality in numbers to their male counterparts.

However, due to the unique demands of women balancing home life, it means they have to work smarter, multi task more and delegate correctly to prevent burnout, says Maxine Park, founder DictateNow.

Maxine, a qualified solicitor herself is very much a trailblazer, having formed the business almost two decades ago, when asked by her then law firm employer to find an outsourced dictation service that could solve its needs.

Now with a workforce covering the whole of the UK, Maxine believes that the pressures on women to be superwomen are greater than ever and shows no sign of abating.

“The glass ceiling is a real issue, and a huge topic, but what we have found is senior female solicitors and lawyers do show a real skill to focus on the important, thereby finding themselves firefighting less,” says Maxine.

“For instance, we find so many ambitious female solicitors know when to pass lower priority work to others and also outsource,” she adds.

“The highly qualified female lawyers we work with are acutely aware time is precious and therefore ask us to use our legal secretaries, knowing that this empowers them to work more efficiently on their casework.”

Maxine said law firms are adapting to different ways of working, in a way almost unimaginable a generation ago.

“Technology, business-savvy solicitors, the Legal Services Act 2007, and more besides have all come together to disrupt the legal world, changing the landscape forever,” she adds.

“However, the demands on women, especially those who are mothers too, make it incredibly complex.

“Women want to have a rewarding career, but also balance this with the important things that really matter in life, like being there for school plays, football matches etc. the things that memories are made of,” she says.

As a result, DictateNow has seen many fee earners, solicitors and paralegals take the decision to outsource.

Also, the majority of the workforce at DictateNow, carrying out the work are female, who have been empowered by the freedom to do their work around their family.

“So many of our workforce are home- based and it is welcoming to know that we have these wonderful female legal secretaries who are being given the flexibility to work around their families in a way that they never could have a generation ago,” she adds.

She adds also that the changing dynamics mean male solicitors also have childcare responsibilities and are also deeply involved in the juggling to get the work/life balance as viable as possible.

“We can’t overlook a much changed world in gender roles compared to a generation ago, which has altered society greatly and all roles in solicitors more widely,” she adds.

Despite all the powerful reasons for law firms to outsource Maxine says there are those still reticent about outsourcing. However, she said this need not be the case.

“We always say that lawyers should look at the issue with their legal minds very much in gear. They need to consider the evidence, so rather than us trying to convince them, we believe a good place to start is examining the pros and cons.

“Ask for references and speak to those who are law firms like yours and are fans - read testimonials, such as those on our website. Build up evidence!

She added that the best suppliers of outsourcing services to law firms will give re-assurances. For instance, DictateNow is registered with the Information Commissioner’s Office and all services are ISO 27001:2013 certified – the internationally recognised standard for information security management.

“We are delighted that our business continues to grow and have such a role in the legal landscape, but also it has given so much opportunity for women,” Maxine adds.

“The work/life balance remains incredibly challenging, but we really feel we are doing our bit to empower women.” 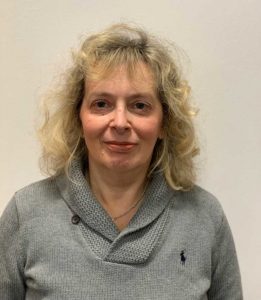 is the Founder of DictateNow.